Professional sportsmen and women are under such intense scrutiny from the public and media due to the high salaries they command and seemingly rock star lives they live. Playing sport for a living is tough  - of all the thousands and thousand of Australians playing cricket yesterday, there were only 11 playing for Australia in the Cape Town Test

Fans can sometimes be fickle - as the old saying goes … "you're only as good as your last game" - of course this isn't true as a good player over many seasons doesn't become a bad player overnight, but it would seem so reading the newspapers and comments on the internet.

Mentally it's a very demanding world, where everyone is your friend while you're performing well, but being cast aside is often just a few bad matches away. The result is that so many sportsmen build a mental shield and can be perceived as cocky  / arrogant.  When I think back to some of the truly greats in their chosen sports like Pete Sampras, Jack Nicklaus, Roger Federer, Jacques Kallis etc. - they were all very humble in their achievements and conducted themselves as wonderful role models for the younger generation.

So it was heartwarming to see the humility by Japan A rugby team yesterday in a sweltering Perth when they played against the Western Force A. The respect shown on crossing the touchline and going onto a field was so refreshing - there was no swagger - just thankfullness for the opportunity.

Even though it was a tough match and a learning experience for them, I wish them all the best for the remainder of their Australian tour. It was an honour to photograph your match for Rugby Magazine Japan - thank you. (http://rugby-rp.com/news.asp?idx=105551&code_s=1000) 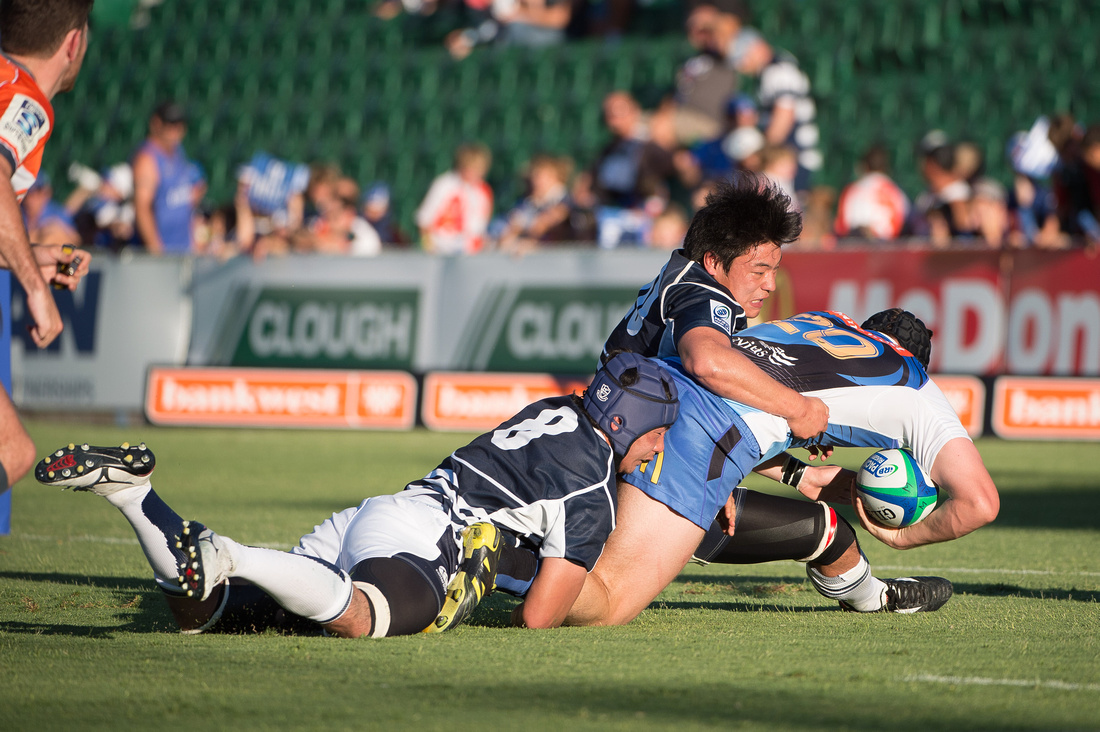 Japan A_1011Brave defence by Japan A in the match Japan A vs. Western Force A at nib Stadium in Perth on Saturday 1st March 2014