So often incidents in life point to real motivation behind actions. The cricket world recently had the tragic death of Australian Test batsman Phil Hughes. Testimonies by his fellow players were unanimous in their agreement that he played the game for the love of it, despite the financial incentives of playing sport at international level. When the team was under pressure and down, he was the one who often asked his team mates “ … where would you rather be than playing for your country?”

On my recent trip to South Africa over the December holidays, Mr Johan Volsteedt, the former and now retired Headmaster of Grey College (www.greycollege.com) and schoolboy cricket coach of the first two South African Test Cricket captains after readmission in 1992, Kepler Wessels and Hansie Cronje, all time great fast bowler Alan Donald and many more, offered to help my 14 year old son with his cricket, partly for the reason I was an Old Grey from 1978.

On the weekend after the first 2 hour coaching session, Mr Volsteedt slipped on a flight of stairs and broke his right angle and tore the ligaments. Yet one week after surgery he was back in the nets coaching this boy from his wheelchair, who is not only from a different school, but also another country. Hard to even imagine and comprehend such dedication! 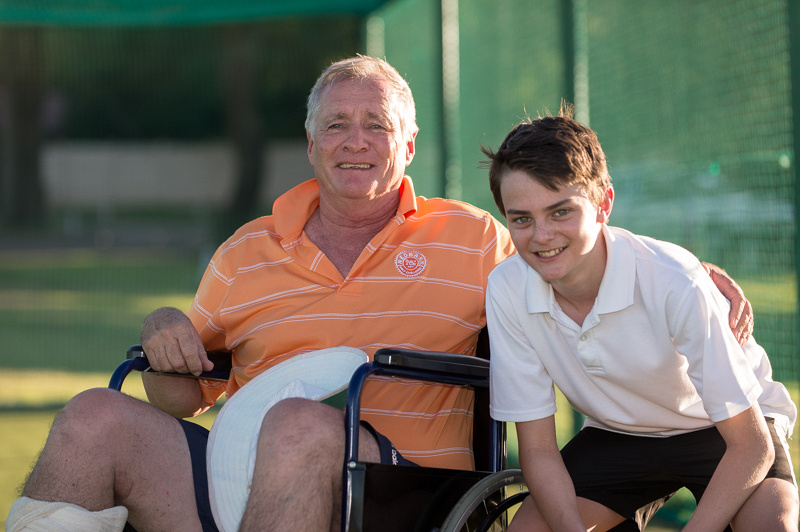 Truly, this is a passion for coaching and a love of this great game we call cricket! Wouldn’t it be wonderful if all coaches and administrators had such purity in reason?

NIHIL STABILE QUOD INFIDUM Nothing is steadfast which is not true